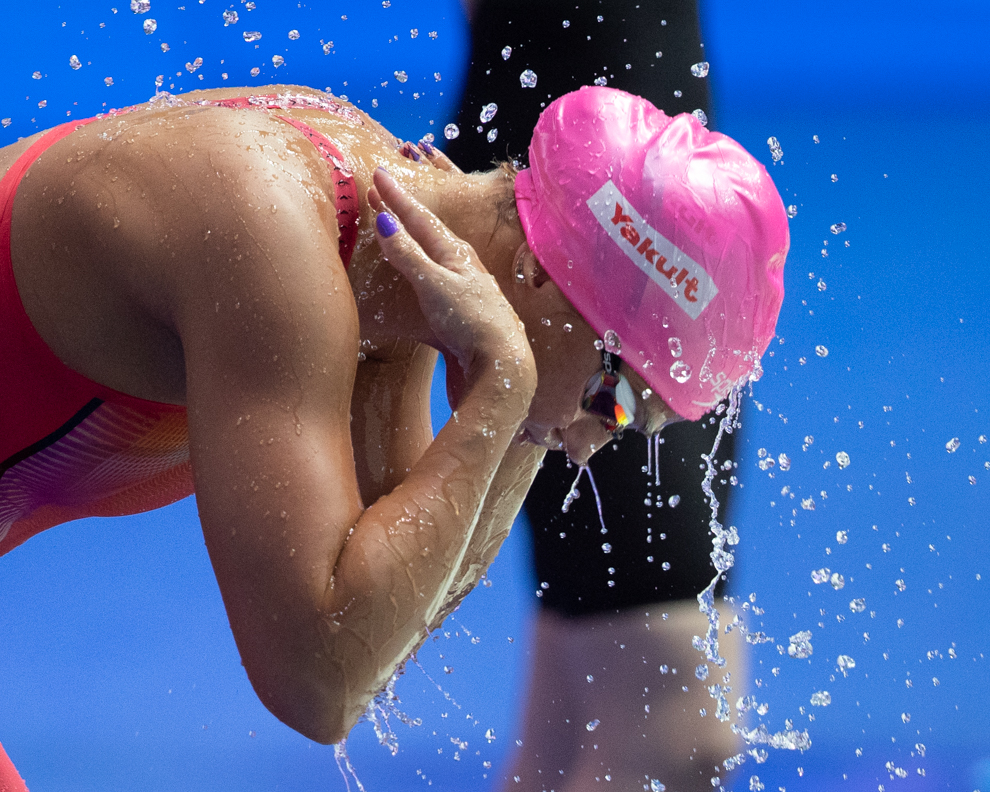 In what appears to be her first official, sanctioned racing since the 2019 World Championships, Russian breaststroker Yulia Efimova raced last weekend at an Irvine NOVAquatics intrasquad meet in short course yards in California.

The runner-up in the 100 breaststroke was Jordan Morgan in 1:04.67. Morgan is a high school senior and a Texas commit, part of a revamping of that program’s breaststroke group over the next 2 years.

In the 200 breaststroke, Efimova was 12 seconds ahead of a very small field. The runner-up was 13-year old Kaitlyn Nguyen in 2:19.79, which was a best time for her by over a second. Nguyen’s time ranks her 6th in the country so far this season in that event.

While Efimova’s training situation lately has been ambiguous, she is officially registered with NOVA. That club is owned by recently-retired USC head coach Dave Salo, who the 28-year old Efimova began training with when she was 19.

After a pair of anti-doping rules violations, one that earned her a 16-months suspension in 2014 and another that earned her a warning in 2016, Salo told the media that he believed her when she said she didn’t intentionally use meldonium after it was outlawed.

Recent social media posts indicate that Efimova has spent most of her time since the 2019 World Championships in California, though she was traveling and in Hawaii, among other places, for a period of time. Racing opportunities have been hard to come by for many in southern California, not just Efimova, because of the ongoing coronavirus pandemic.

There were a few other Russians present at the meet, though none as well-known as Efimova. 29-year old Sofia Petrenko won the 100 fly in 55.48, and 20-year old Vasilissa Buinaia won the 100 free in 49.53. Buinaia represented Russia at the 2017 World Junior Championships.

Other Results at the NOVA Intrasquad: