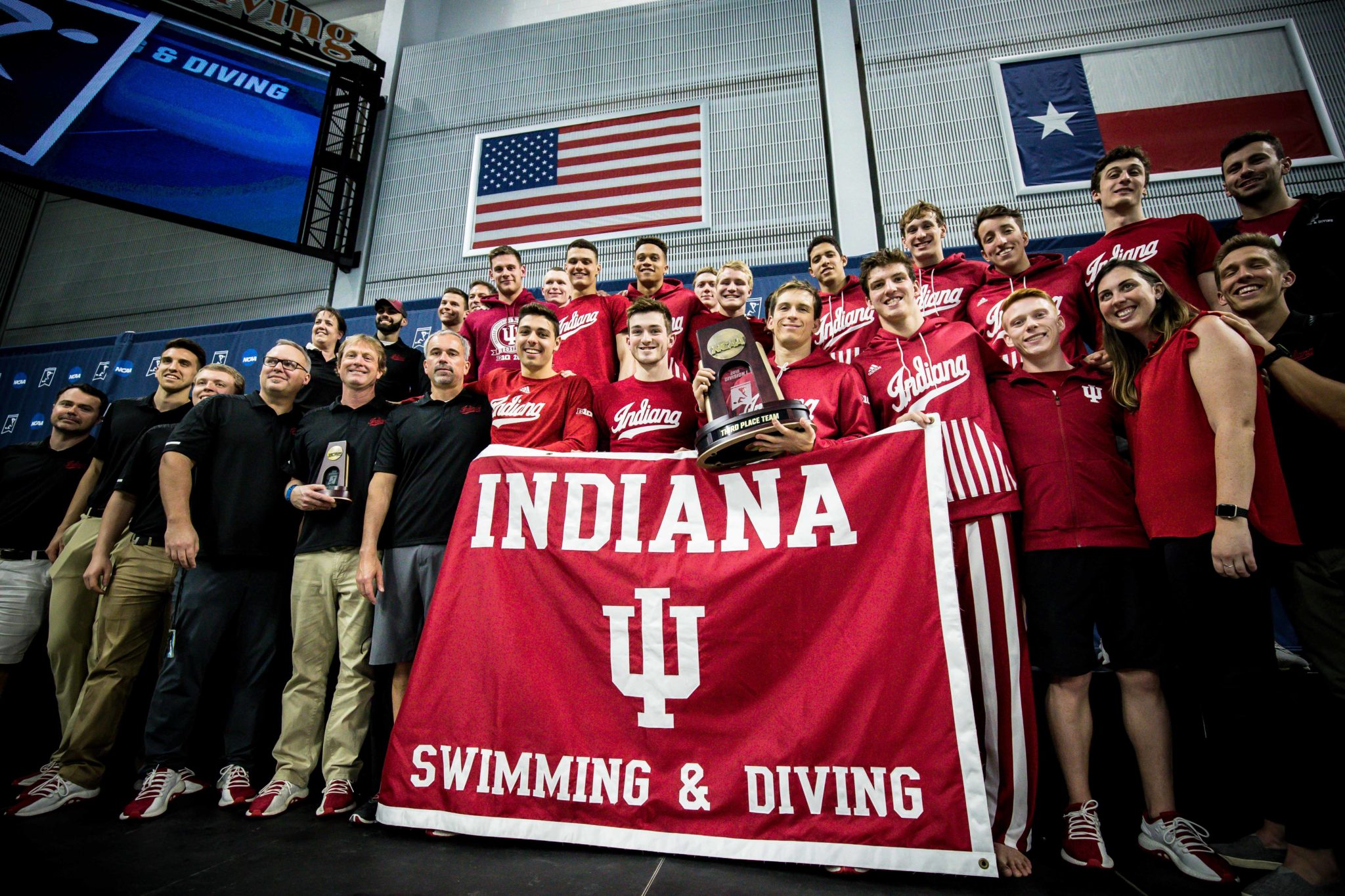 Three of Indiana’s coaches, John Long, Cory Chitwood, and Delia Weber, raced in a 200 free as the school’s team preps for the Big-10 Championships over the next two weeks. The swim came following a deal made with Blake Pieroni last fall that, if he swam below a 1:33.3 in the 200 free at Indiana’s Pro Race Day, the assistant coaches would have to race the event themselves.

All three of the coaches who took part in the race were high-level NCAA Division 1 and 2 athletes. Of the three, Chitwood had the most impressive collegiate career, winning the Division 1 NCAA championship in the 200 back three times and qualifying for the U.S. National Team in 2011 and 2012. John Long was a multiple-event Division 2 finalist in the sprint freestyle races while swimming at Queen’s University. Weber was a CCSA champion in the 1650 for Liberty University.

Weber’s splits were not available.

Indiana is currently preparing for the Big Ten Women’s Swimming & Diving Championships which are set to kick off later this week at the University of Minnesota and the men’s meet which will be held a week later at Ohio State University. SwimSwam has the women predicted to finish in 4th, behind Ohio State, Michigan, and Northwestern.