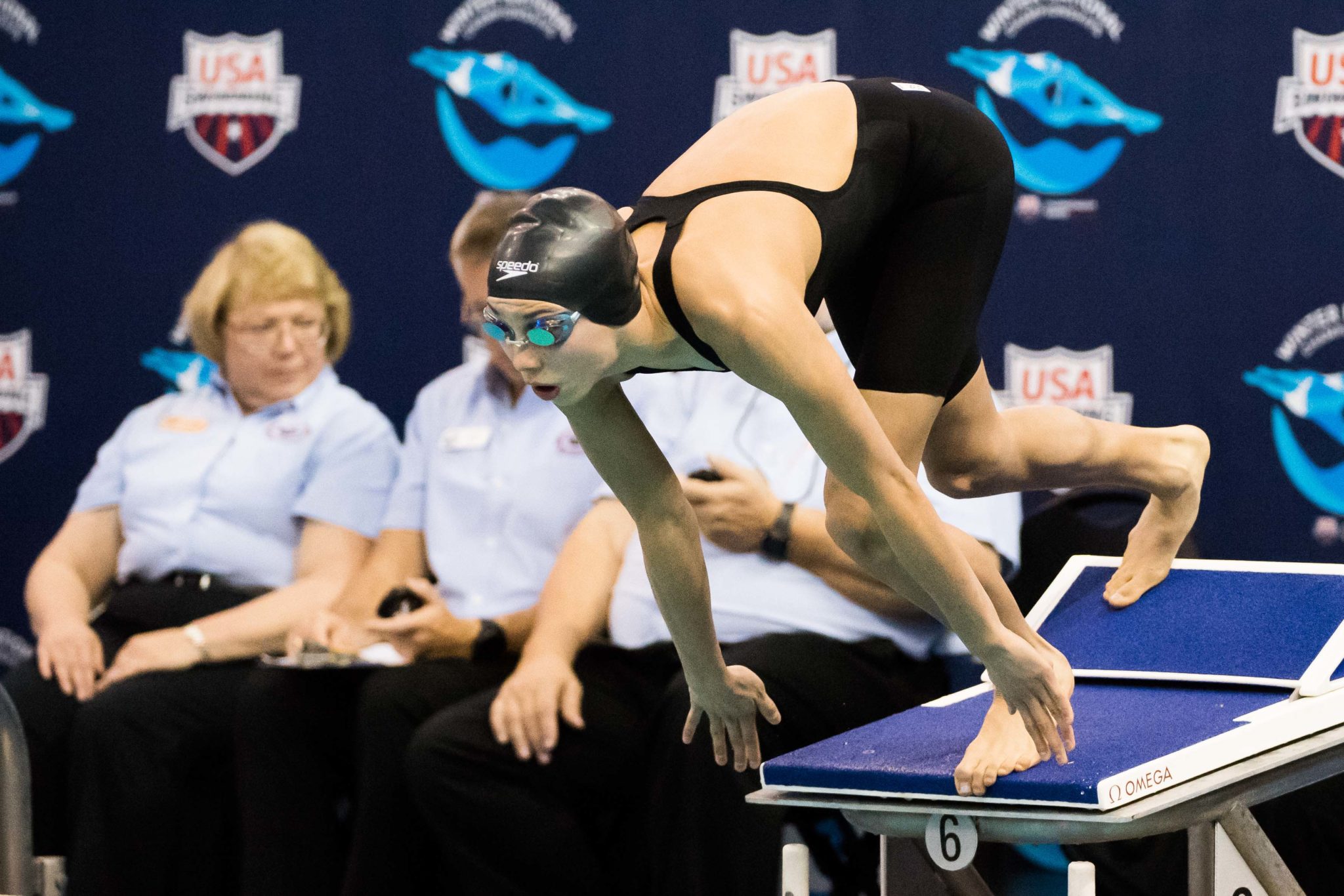 In a three-day meet, held from Saturday to Monday, ten teams from the DMV, the Washington D.C. metropolitan area, competed in a prelims-finals meet. To facilitate social distancing, prelims were divided into four sessions, while finals were broken into two.

Many of the swimmers were due to be swimming at Virginia High School State Championship meets this weekend, but with those meets postponed because of weather, some near-championship fast swims came out instead.

The highlights of the meet came from US National Team member Torri Huske, who competed in six events across the weekend. Huske’s best swim came in the 400 IM where, after finishing in 4:20.02 in prelims, she dropped nearly 9 seconds in finals to win the event in 4:11.42. That time was less than two-tenths of a second off of her lifetime best, a 4:11.26 that ranks her 100th in the 17-18 age group all-time. It also ranks her as the 36th fastest in the event this year.

Swimming to a new best time in the 400 IM was Ohio State commit Everett Oehler. A butterfly specialist, Oehler won the event by 6 seconds over Johns Hopkins commit Jonik Surprenant with a time of 4:01.19. Interestingly, Oehler negative split every stroke except the fly. Oehler also added a new best time in the 500 free (4:50.66).

The 13-14 girls 200 free featured a pair of fast swims from Livia Venditti and Amy Qin. The teammates at Rockville Montgomery Swim Club both dropped two seconds, finishing in 1:53.36 and 1:53.67, respectively. Those times rank both of them within the top-60 in the event for their age group this year.