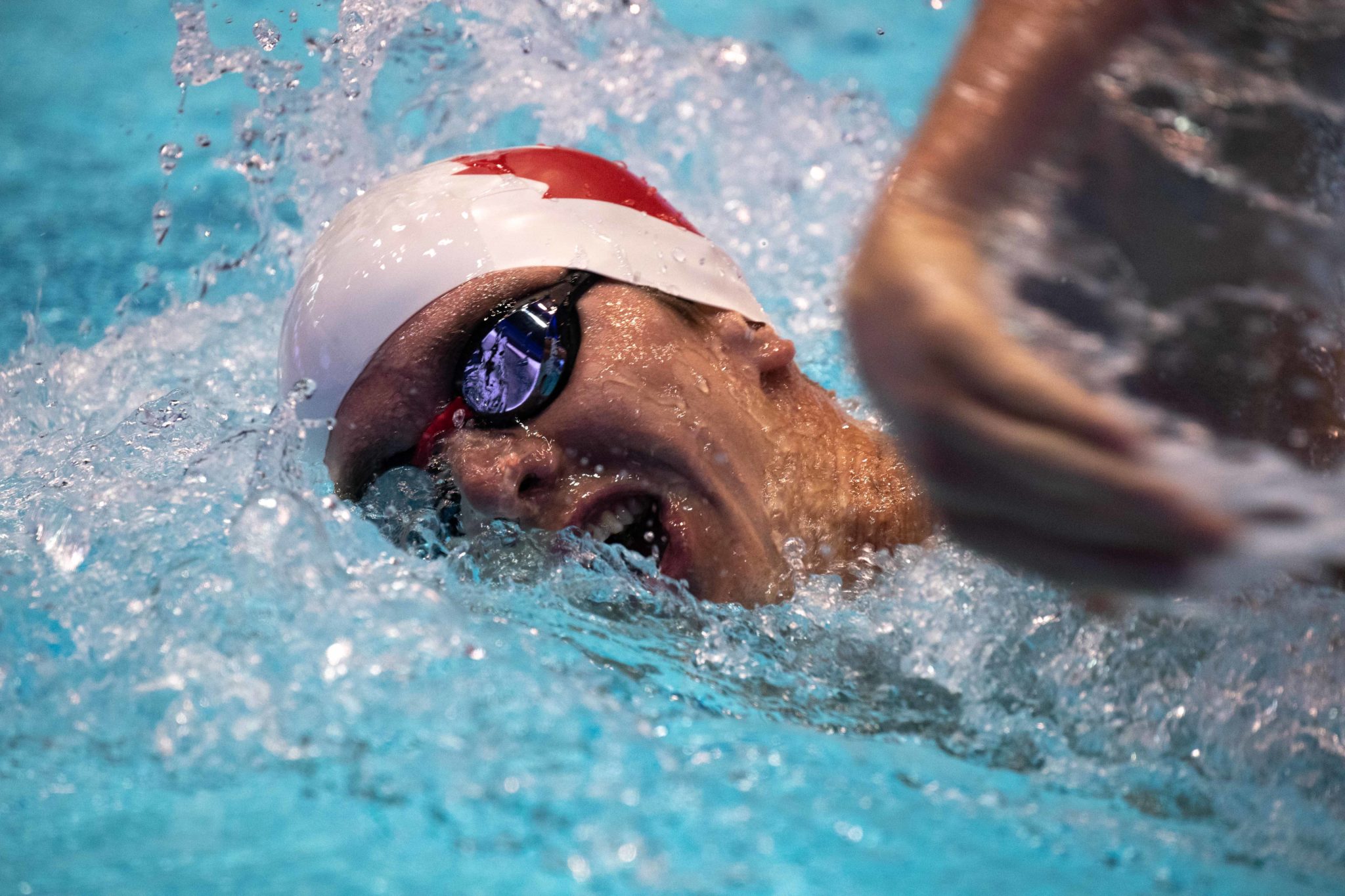 Swimming Canada has named 4 swimmers as Canada’s representatives for the Olympic open water qualifier event in Fukuoka, Japan on May 29-30. Stephanie Horner and Eric Hedlin will join Kate Sanderson and Hau-Li Fan at the event that will award at least 14 men’s and 14 women’s spots for the 10km races at the Tokyo 2020 Olympic Games.

Canada had planned to host their Tokyo 2020 Open Water Qualifier selection event in the warmer waters of the Cayman Islands, though those plans were eventually scrapped because of the coronavirus pandemic. That was set to be Canada’s first-ever Olympic Trials selection-style event in open water.

Instead, Canada’s 4 allowed spots (2 male, 2 female) were chosen by a selection committee.

Sanderson and Fan earned their spots as Canada’s top finishers in the 10km race at the 2019 World Aquatics Championships.

Sanderson finished 35th in that race, about five-and-a-half minutes behind a top 10 slot that would have earned her an automatic bid. The field was very tight at the top, with less than 5 seconds separating the first 13 finishers in the 2-hour race.

In the men’s event, Fan finished 17th, only 16 seconds out of a top-10 placement and about 24 seconds away from a medal. Fan is only 23 while Horner will turn 32 next month.

The other two were chosen subjectively by the committee.

“The selection committee have had to look at performance history over the four-year Olympic quadrennial to determine the two selections best positioned to be successful alongside Hau-Li and Kate at that final marathon swimming qualifier,” explained High Performance Director and National Coach John Atkinson.

Exactly what criteria went into that selection was not included.

Canada’s second female entrant at Worlds, Chantel Jeffrey, was another 2 minutes behind Sanderson, but she was also the youngest member of the group: that swim was just before her 18th birthday.

Horner was the country’s female entrant at the 2016 Olympic Games, earning her slot via the open water qualifier. There, she placed 23rd.

Hedlin swam in open water at the World Championships, but not in the premier 10km event. Instead he swam the non-Olympic 5km event, where he was the bronze medalist.

Hedlin was chosen ahead of, among others, Jon McKay, who was 24th in the 10k at the 2019 World Championships. While only 7 places behind Fan, he was also a minute and 22 seconds further back.

The 27-year old Hedlin also earned a silver medal in the 5km race at the 2013 World Championships.

The Canadian men’s entry in Rio was Richard Weinberger, who placed 17th.

A maximum of 1 Canadian of each gender will be eligible to represent the country in Tokyo – the only way to send two qualifiers is by having two swimmers in the top 10 of the race at the preceding World Championships.

“We acknowledge it’s a very challenging situation with the pandemic. It’s not how we would in normal circumstances select athletes, but given the situation we are in, we had to make selections based on an assessment of the athletes’ international performance history,” Atkinson said.

“The pandemic continues to have very real and deep impacts on lives, and has certainly affected our normal ways of doing things. We understand this may be hard for some athletes, and it has also been hard for our staff and volunteers who work very hard to support them,” said CEO Ahmed El-Awadi. “Our selection committee has had to make some difficult decisions this year in unpredictable circumstances. We recognize that this has had an impact on lives and we hope that the future will bring back some of our predictability when health and safety protocols allow.”

What It Will Take to Qualify for Tokyo 2020

The top 9 finishers from unique nations at May’s qualifiers (9 men, 9 women) will advance to the Olympics. Thereafter, the highest placed athlete in the 10km event, not yet qualified or from nations with qualifiers, from each of the 5 IOC-defined continents will advance.

The IOC defines the five inhabited continents as:

So far, from the Americas, which is Canada’s continent, only the United States has qualified female swimmers to the Olympic 10km race. The next-best Pan-Americans (versus United States Americans) in Gwangju were Samantha Arevalo of Ecuador (18th), Maria Bramont-Arias of Peru (26th), Julia Arino of Argentina (32nd), and Sanderson. This means Sanderson will seek to either leap-frog those swimmers at the qualifier, or hope they all finish in the top 9.

On the men’s side, Fan was the second-best Pan-American finisher, behind only Ecuador’s Esteban Enderica. With Fan placing 17th, he’s already in a position to qualify via a top 9 finish. With the other Pan-American contenders well back (Ecuardor’s #2 David Castro was 31st, and Brazil’s Allan do Carmo was 33rd at Worlds, about 2 minutes behind Fan), that means if he falls out of the top 9 at the qualifier, he’ll be likely to pick up the Pan-American slot.

So the bigger focus for the two Canadian entries will be versus each other. The winner of that battle, if they perform well, very likely to earn a spot, but because only one can qualify, the head-to-head becomes interesting.

Learn how to preserve water in your Arizona pool – SwimRight | Scottsdale Pool...