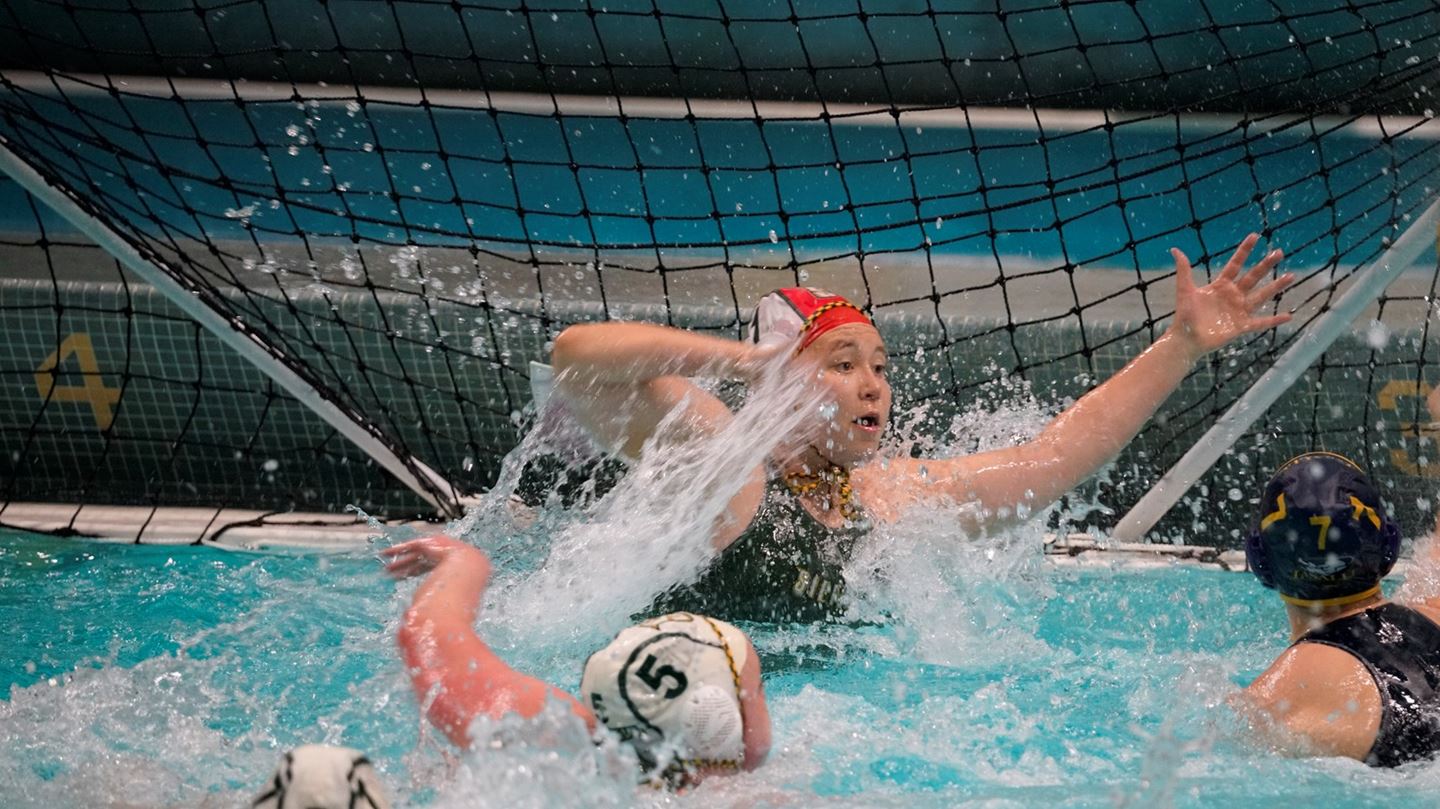 LOUDONVILLE, NY – Siena Water Polo (1-7) ended play at home during the 2021 regular season on a high note on Saturday, following up a close loss with a milestone win. The Saints dropped an 18-16 decision to VMI before taking down #25 Iona for its first win in the 20-year history of the program against a ranked opponent (1-49) just the second over the Gaels, including the first since 2009.

Returning home for the second of three straight matches in Loudonville, the Saints exhibited a strong start, with junior Bianca Prinsloo and sophomore Grace Boeve combining to score the first three goals of the morning. Boeve would net a first quarter hat trick to the Green and Gold a 5-3 advantage after a quarter and add a fourth in the second. The Keydets scored four of the first five goals of the second period to creep back into the game, however, with Prinsloo completing her first half hat trick with 2:54 remaining in the half to lead to a 9-9 tie at the half.

The third quarter of play proved to be the deciding factor in the contest, with VMI outscoring Siena, 6-4, in the period to take a two-goal lead. Four Keydets ended the day with hat tricks, while Siena senior Kristen Burger posted a hat trick in the third quarter alone, scoring three goals in a span of two minutes and 25 seconds before tallying her third ejection that ended her day.

VMI kept its distance from the home team in the fourth, leading by three goals at the 2:44 mark. Boeve had one more goal in her to give her a career-best six on the day at the 2:04 mark, but the Green and Gold could not cut it any closer. Junior Georgia Vargas and sophomore Lily Graham each had multi-goal games in the loss, while sophomore goalkeeper Anna Mossakowski picked up eight saves.

The Saints once again got off to an early start, but were able to keep control of the offensive momentum throughout the duration of the game. Working alongside a career-high 19 saves from Mossakowski, Siena went up 4-0 early in the first quarter, with Prinsloo and Burger each finding the back of the net. Graham and senior Sophia Torres each scored in the second period, with the Gaels finally finding the back of the net with 10 second remaining in the half to put the home team’s intermission lead at 5-1.

Burger and Prinsloo each secured hat tricks in the third quarter, while Boeve scored twice and Vargas scored once to find the net in what was a 6-1 advantage in the third for the Saints. Iona managed three fourth period scores, but the damage had already been done, with Boeve completing a hat trick and Prinsloo adding to a four-goal performance to keep the Saints rolling despite losing two players to majors.

Aside from making history as the first win over a ranked opponent in program history, the game also went down as the first victory for second year head coach Alex Williams over a Division I foe, with last year’s seven victories coming against full-time non-DI programs. Williams previously served as an assistant coach at Iona before coming to Siena.

Following the team’s first win of the season, Siena will look to cap the 2021 campaign on a high note, battling #22 Marist at McCann Natatorium in Poughkeepsie, New York on Sunday, April 25 at 1:00 PM.

LOUDONVILLE and POUGHKEEPSIE, N.Y. – The VMI women’s water polo team defeated Siena College 18-16 Saturday, but fell to Marist College twice by scores of 15-7 and 15-9 in Metro Atlantic Conference (MAAC) matches. Marist is ranked #22 this week in the latest Division I top 25 poll.

Katie Lloyd made 12 saves and added two steals in the day’s first match at Siena. Sydney Shettleroe scored a team-high five goals with three steals, Catherine Ahumada had three goals and five assists and McKenna Imset had three goals and three assists. Zoe Salafatinos scored twice and Rachel Ahumada had a goal and two assists. Makenna Moore, Caragh Osborne and Gia Donatelli each had a goal and an assist.

Salafatinos led the Keydets with three goals in the first match against the Red Foxes. Imset had two scores and Genevieve Petrassi and Donatelli also found the back of the net. Loyd made seven saves.

Imset had a hat trick in the last match of the day against Marist. Shettleroe and Rachel Ahumada had two scores apiece and Petrassi and Moore also found the back of the net.

A Swimmer’s 12 Days Of Christmas