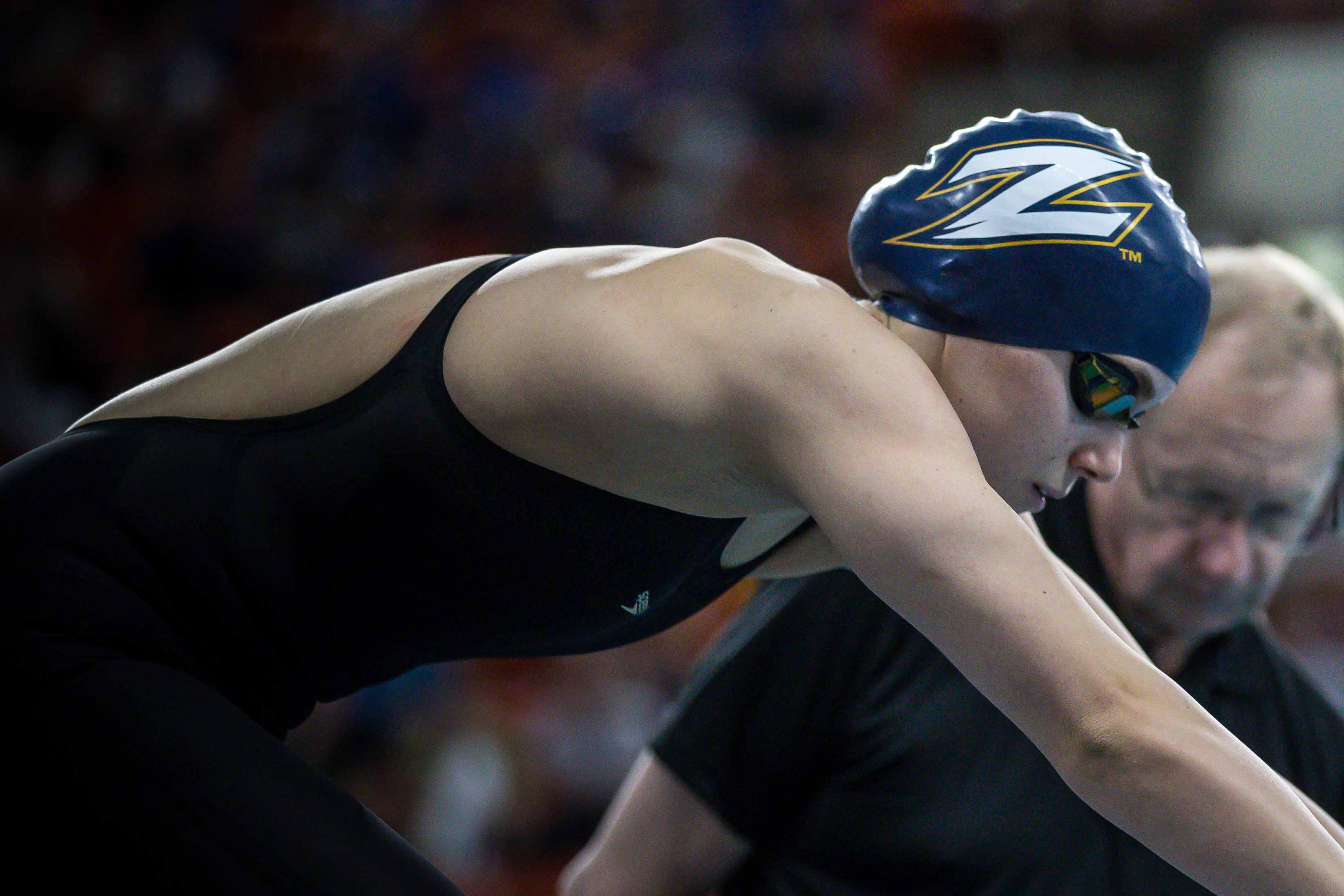 After a long course session on Friday, Akron, Ohio University and the University at Buffalo got together on Saturday for a day of short course racing.

On the first short course day of competition, it appears that two swimmers have done just that.

First, in the prelims session, Akron junior Sarah Watson swam a 52.07 in the 100 fly. That improves her season-best of 52.34, which already might have been good enough for an invite.

She now jumps from a 33rd national rank to a tie for 24th. With only a few Last Chance meets still to be considered in those rankings, and the typical invite line falling between 36th and 40th in the country, that drop should lock Watson in for Greensboro in March.

Akron sent swimmers to the last NCAA Championship meet in 2019, including relays, where Watson finished 11th in the 100 fly as a freshman. Though the school had 14 swims, hers were the only points, resulting in a 39th-place team finish. That makes her one of only two Akron swimmers to ever score at the Division I NCAA Championship meet, joining Paloma Marrero, who was 11th in the 200 breaststroke in 2018.

Watson wasn’t qualified for the 2020 NCAA Championship meet, which was ultimately canceled because of the oncoming coronavirus pandemic. She did win the MAC Most Outstanding Swimmer Award, however.

Later in the finals session, Buffalo junior Toni Naccarella put herself in a position to qualify for NCAAs as well. Entering the meet with a 92nd-place national ranking and a season-best of 49.46 in the 100 free, Naccarella knocked that all the way down to a 48.54 in Saturday’s final. That puts her in a tie for 24th place nationally, and with at least a few of the swimmers ahead of her unlikely to swim the race individually at NCAAs, she appears to have locked up an NCAA invite.

Buffalo previously scored at both the 2010 and 2013 NCAA Championship meets.

For both of these mid-major programs, in a tumultuous season, those invites would be a certain declaration and reminder to their conferences that they are capable of sending swimmers to the biggest stage – in spite of the conference moving its championship meet until after that national championship.

What will be unusual for both teams is that they have more meets to sharpen their skills, if they choose to, before NCAAs: Akron races Ball State on March 13, while Buffalo races Toledo on March 12 and Bowling Green on March 13.