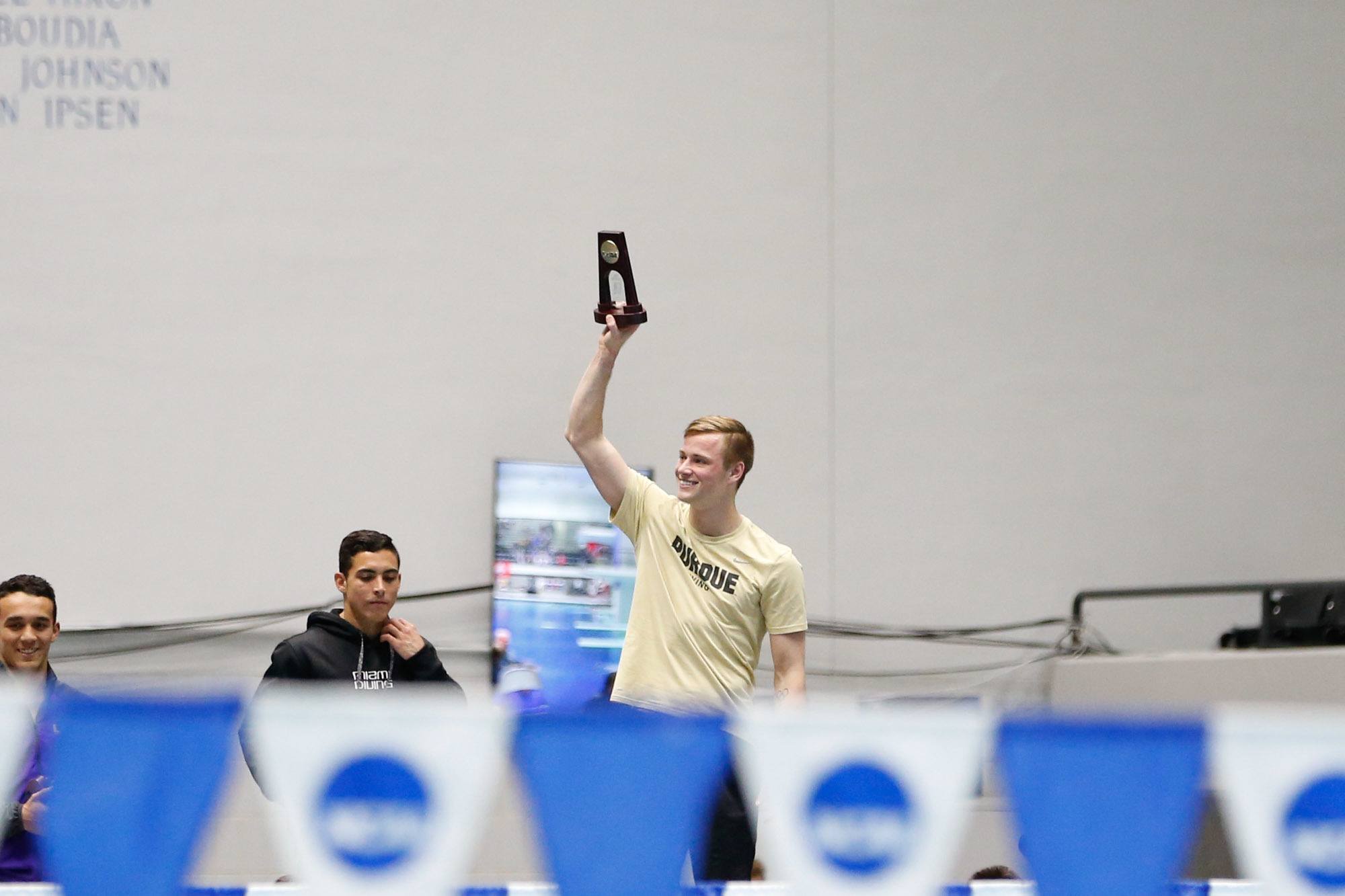 Steele Johnson, who won a silver medal alongside David Boudia at the 2016 Olympic Games in the synchronized platform event, has announced that he will be pulling out of this year’s U.S. Olympic Diving Trials in Indianapolis due to a foot injury. Johnson competed, alongside Boudia, during the semifinals of the 2021 Olympic Trials synchronized 3-meter, he announced that he would be withdrawing from the competition due to an injury to his right foot.

Johnson and Boudia sat in 3rd place out of 5 teams vying a single spot in the Olympic Games.

Johnson said on his social media:

This is hard for me to write, but I’ve unfortunately had to make the tough decision to pull out of all competition at the Olympic Trials due to my foot injury. I’ve endured 2 failed surgeries, years on and off of crutches and have pushed as hard as I physically can, but unfortunately my foot is in too much pain to continue competing at Trials. I’ve been through hell and back with my foot and desperately need this pain to stop. I can barely walk and that makes diving incredibly difficult. The timing of this is devastating. My foot has not been healthy for 6 years now, but over the past few months, my pain has been increasing to a level that is not sustainable to push through anymore. If anyone has seen me recently, you’ve seen me struggle to walk. I’ll share more about all of this later, but know this is a decision that I’m making for my physical, spiritual and mental health. I don’t understand the timing of this, and may never know why the pain hit its critical point at the Olympic Trials, but I know that God is good and that there will be blessing in this decision. I’m disappointed right now, but my current situation doesn’t define me. My identity is rooted in who Jesus says I am. I’m loved, I’m a child of God and He’s pleased with me REGARDLESS of my circumstances, achievements or status. I will be content in every circumstance. It might take me a while to feel contentment, but I’m choosing to believe the Lord is faithful ALWAYS. That being said, I need time to grieve this decision. I need time to grieve this pain. Pray for me.

In an interview with the Olympic Channel in regards to his decision to withdraw from Trials competition, Johnson said that his injury had reached a point that limited even his ability to walk. While he said that he doesn’t want to retire from competition at only 24, the continuation of his career will depend on the success of the surgery on his foot.

Johnson described being in so much pain that he had to wear spongy sandals to climb the stairs to the platform, and then throw them down to the deck below before diving.

He and Boudia were favorites to reclaim their spot as the American representatives in the synchro event for Tokyo, but Johnson says that he received “full support” from his his diving partner to make the decision to withdraw.

Johnson underwent multiple surgeries on his foot during his collegiate career at Purdue. The first surgery kept him out a large portion of the 2017-18 season, while the second limited his competition during the 2018-2019 year. As a freshman at Purdue, Johnson was the NCAA champion on both the 3-meter springboard and 10-meter platform.