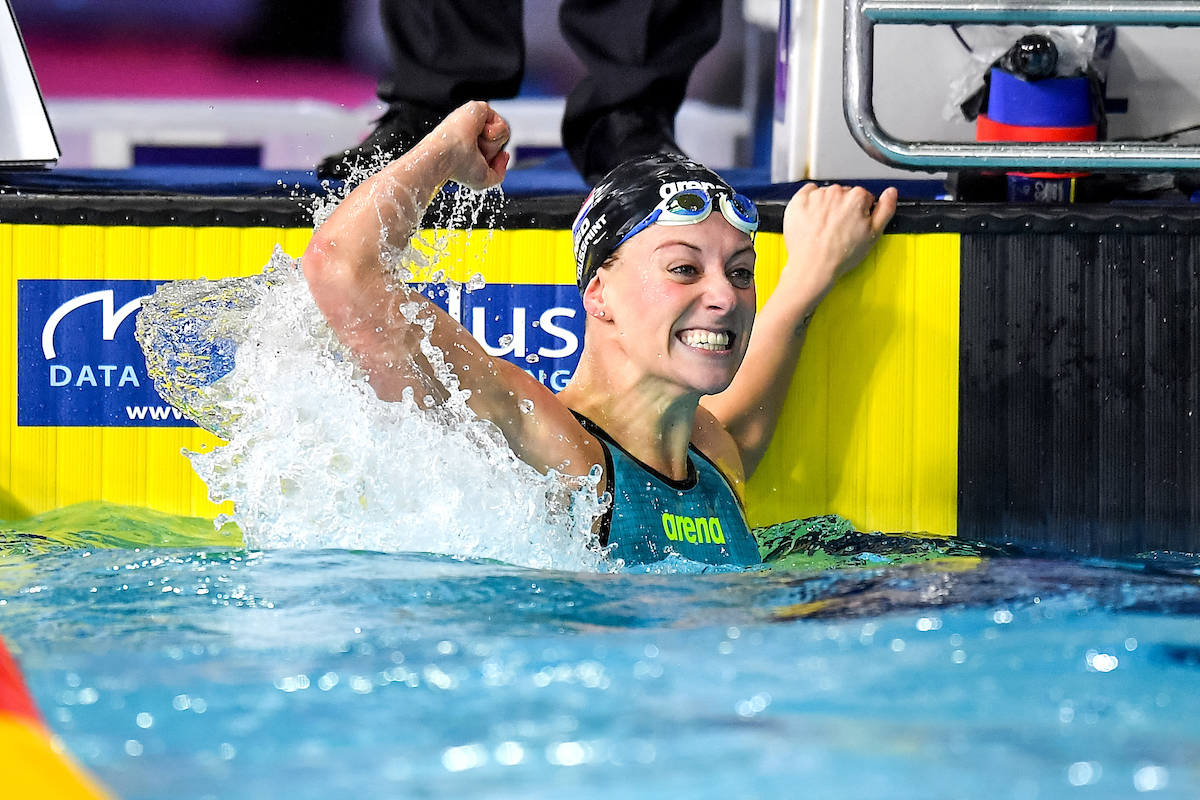 There were a limited number of scratches for day 2 of the 2021 European Championships. The second day of competition will feature events including the men’s 100 freestyle, women’s 100 breaststroke, men’s 200 butterfly, women’s 50 backstroke, men’s 1500 freestyle,  and the mixed 4×200 mixed freestyle relay.

In the men’s 100 freestyle, top seed Kliment Kolesnikov will look to claim the top spot following his world record in the men’s 50m backstroke during semi-finals last night. Kolesnikov currently holds the top seed in the event, leading a slew of Russians seeded atop the event. With Vladimislav Grinev and Andrei Minakov also seeded within the top 3, the three will be fighting for a spot in semi-finals, as each country is only allowed to have 2 swimmers move into the semi-finals. Great Britain’s Duncan Scott will look to break things up for the Russian contingent, currently seeded 4th overall.

Several top competitors may also be left out of the semi-finals in the women’s 100m breaststroke, where Italy currently 3 of the top 4 seeds, led by National record holder Martina Carraro’s second-seeded time of 1:05.86. Russian Yuliya Efimova currently holds the fastest entry time in the event, with her seed of 1:05.49.

Kristof Milak leads the men’s 200 butterfly, as the world record holder is looking to defend his title from the 2018 European Championships. If he is on-form, Milak may challenge his own world record of 1:50.73 that he set at the 2019 World Championships. Milak’s country mate Tamar Kenderesi leads the charge for silver, seeded 2nd overall with his personal best of 1:53.42.

In the women’s 50 backstroke, European Record Holder Kira Toussaint leads the field by over a half second with her seed time of 27.10. However, the remainder of the field is positioned much tighter, with the top 9 women all seeded under 28.00 seconds.

Teams will also take on the 4×200 mixed freestyle relay, an uncommon event in swimming competitions. The event is currently not offered at the long course world championships or the Olympic Games. Denmark holds the top seed in the event. However, Great Britain will look to claim the title following strong relay performances on Day 1 of the competition.