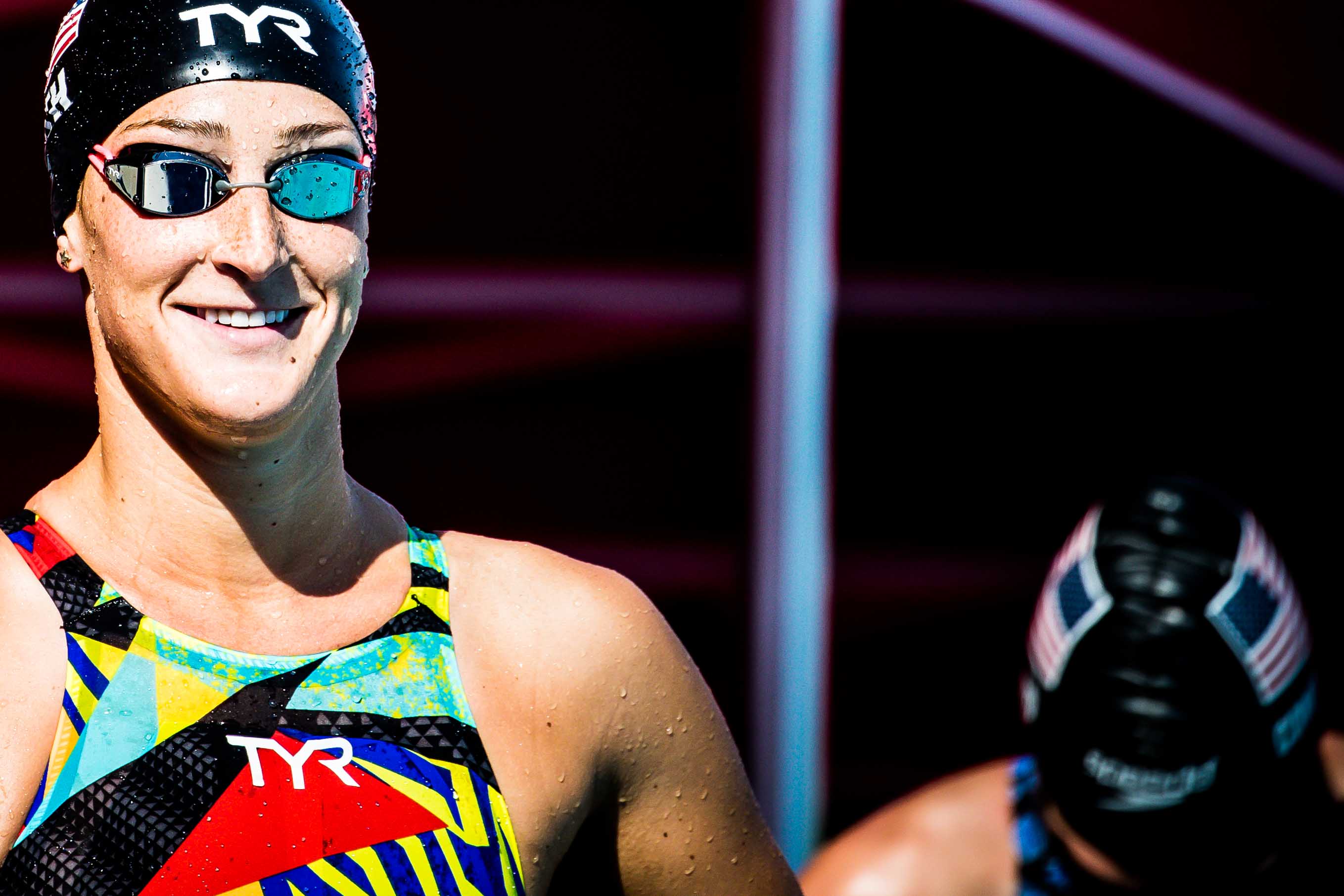 The first session of the Mission Viejo stop of the 2021 Pro Swim Series started this morning in sunny California with the women’s and men’s 800 free.

There were only six swimmers in the women’s event, all fitting in one heat to start off the meet. Katie Ledecky is racing this week, but she was not entered in this event, and Leah Smith pushed the pace early.

Smith would go on to win this at 8:24.46, a new season-best by over a second to jump from sixth to fifth in the world rankings. Second went to Ashley Twichell of the TAC Titans in 8:27.41, only two seconds off of a best and her first time under 8:30 this season. Twichell now ranks 11th in the world.

Haley Anderson of Mission Viejo Nadadores looked on-pace for third, but Sun Devil Swimming’s Emma Nordin split 31s to Anderson’s (mostly) 32s over the final 250 meters or so. Nordin broke through for third in 8:29.67, which is her first time under 8:30 and a massive lifetime best by over seven seconds. Her old best, an 8:37.00 from the 2019 Los Angeles Invite, was her first time under 8:40.

The top three men all broke eight minutes, with KSWIM’s Jordan Wilimovsky touching almost three seconds ahead of the next-best competitor at 7:54.44. Wilimovsky slots in at #17 in the world this season, just behind the top American, Bobby Finke, who is #12 with a 7:53.05 from the U.S. Open.

Zach Yeadon of Cal Aquatics and Dylan Porges of TAC Titans finished fourth and fifth in 8:01.96 and 8:06.61, respectively. For Porges, that’s a new lifetime best by a few tenths.

Level Up Dryland: The Secret Weapon to Individualizing Dryland Training