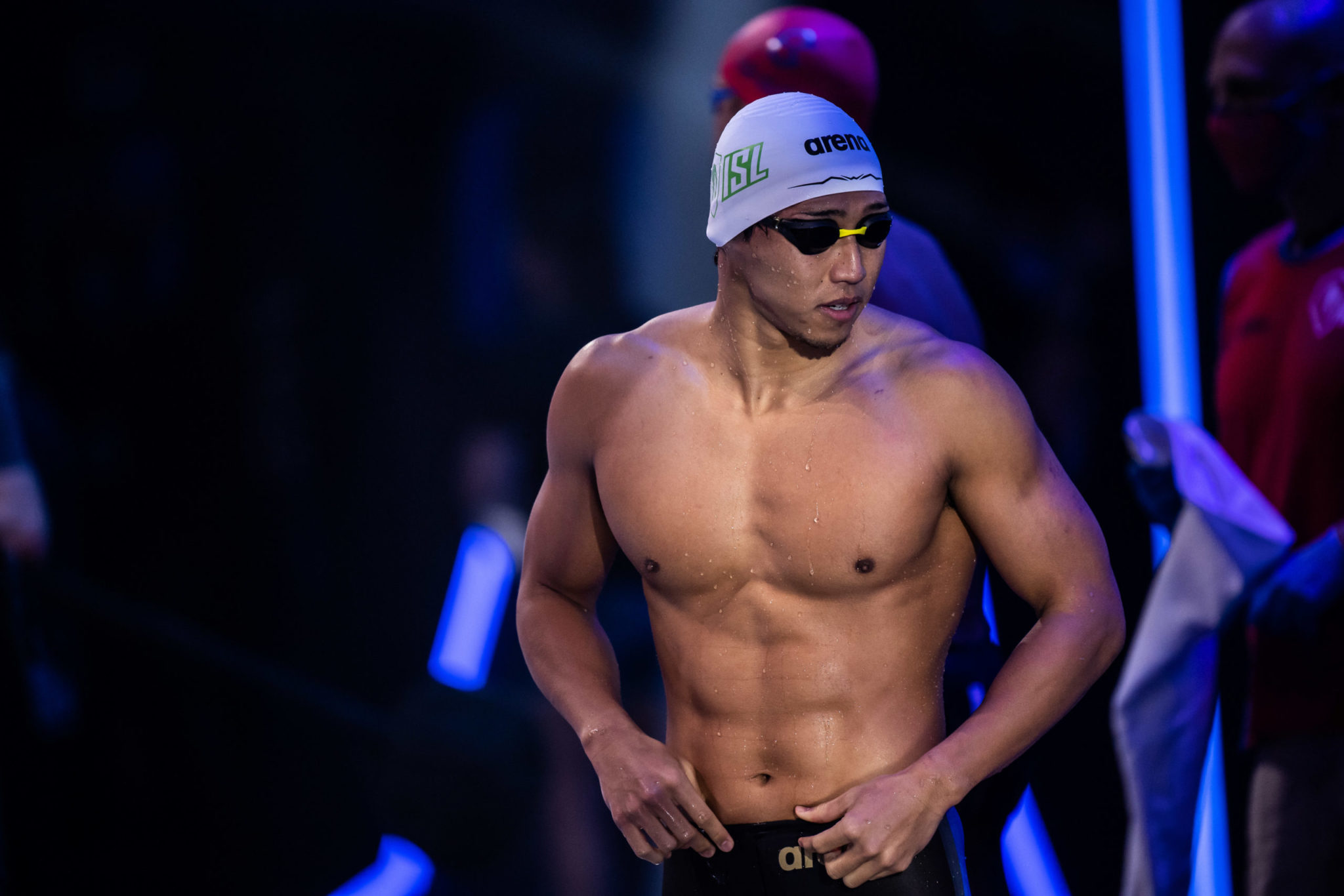 The second national record was broken at these 2021 Japanese Olympic Trials with just 2 days of competition remaining. Following Katsuo Matsumoto‘s new mark in the men’s 200m free from earlier in the meet, tonight it was Takeshi Kawamoto‘s turn in the men’s 100m fly semifinal.

After having claimed the 2nd seed out of the morning heats with a solid 52.08 behind leader Naoki Mizunuma‘s 51.92, 26-year-old Kawamoto unleashed the fastest time of his career to land lane 4 for tomorrow night’s main event.

Stopping the clock in a mighty 51.00, Kawamoto tied the longstanding Japanese national record set by Kohei Kawamoto way back in the supersuit era of 2009.

Opening in 23.55 and bringing it home in 27.45, Kawamoto’s 51.00 head-turner now holds a .35 advantage over Mizunuma in the battle for individual and relay representation for a home-based Olympic Games.

The final may yet see Kawamoto lower the mark and obtain the record outright, as he’s been close before. The Tokyo Frog Kings ISL team member already put up a 51.28 scorcher at the Japan Open earlier this February. Prior to that, Kawamoto’s lifetime best in this 100m fly sat at the 51.83 he logged just last December. As such, the man has managed to hack .83 off of his career-best in just a handful of months.

Kawamoto now ranks as the #2 swimmer in the world this season, sitting only behind Hungarian Kristof Milak. 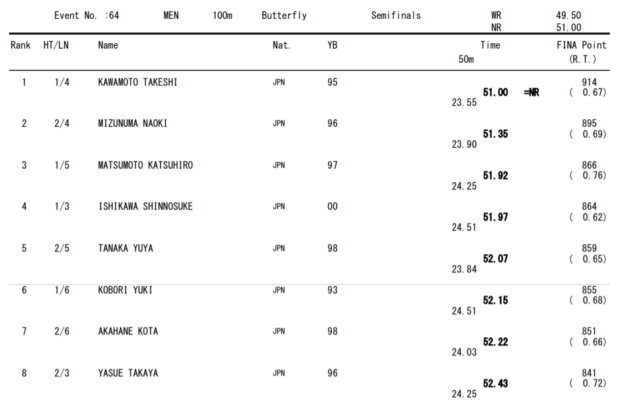