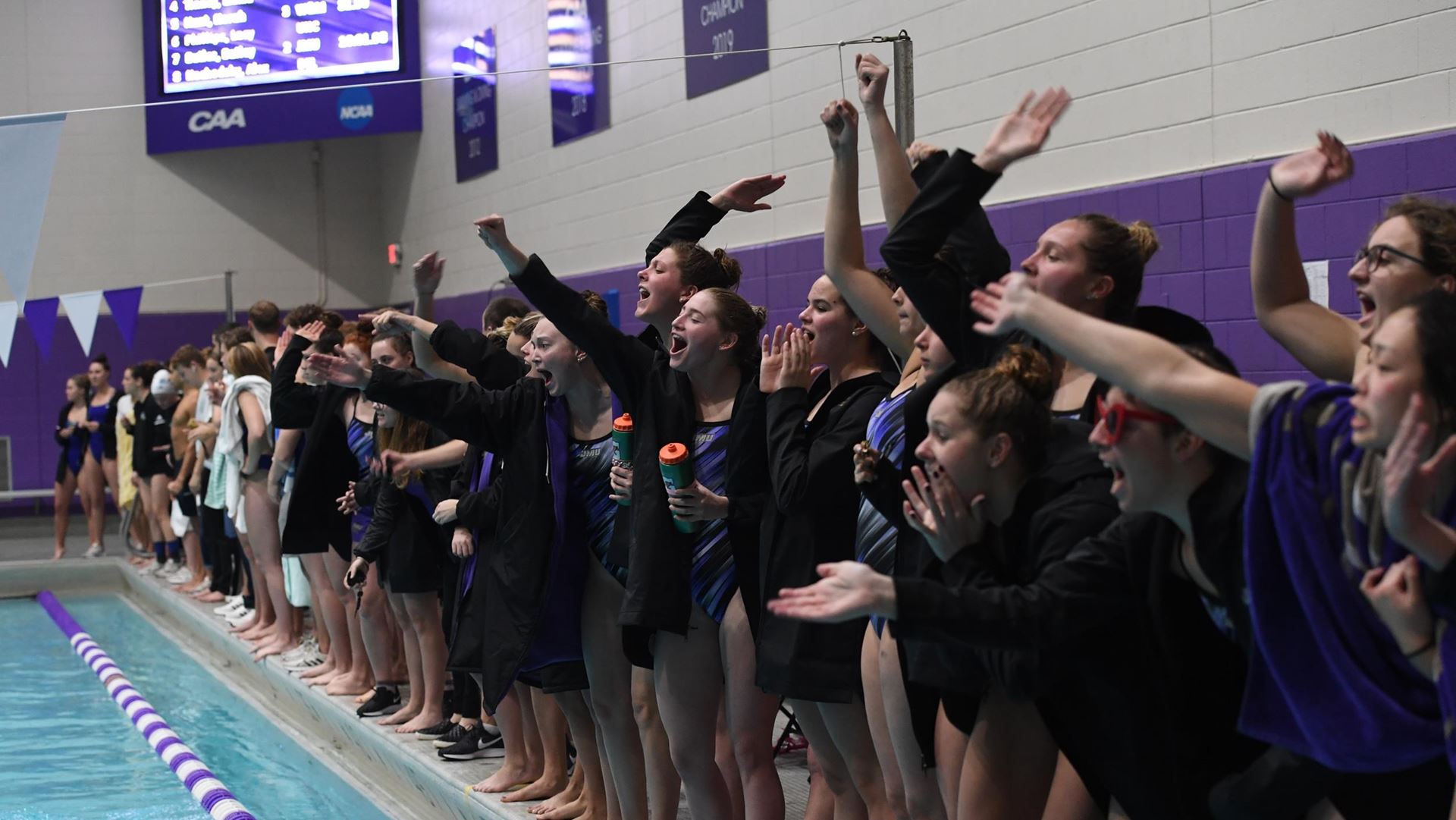 A tight meet between three-time defending champions James Madison and an upstart William & Mary continued tonight. JMU had a huge morning push, getting 12 swims into A-finals tonight to W&M’s nine, but the opening relay saw the Tribe win while JMU and Drexel were both disqualified.

W&M went big in the final two individual events of the night, as Annie Tuttle took the 100 breast (1:01.70). In the 100 back, Anna Kenna dropped over a second to win in 54.77, picking up points against her seed as JMU had held the top three spots after prelims. Cottrell, swimming a double after the 100 fly, was able to hold on for second for JMU (54.99).

Despite the Tribe’s push, and the DQ, James Madison held a lead of just over 100 points going into the 800 free relay thanks to their impressive depth.

James Madison still maintains a solid 74-point lead, though, with one day left of the meet. Meanwhile, Towson and Delaware sit neck-and-neck for third, not too far behind W&M.