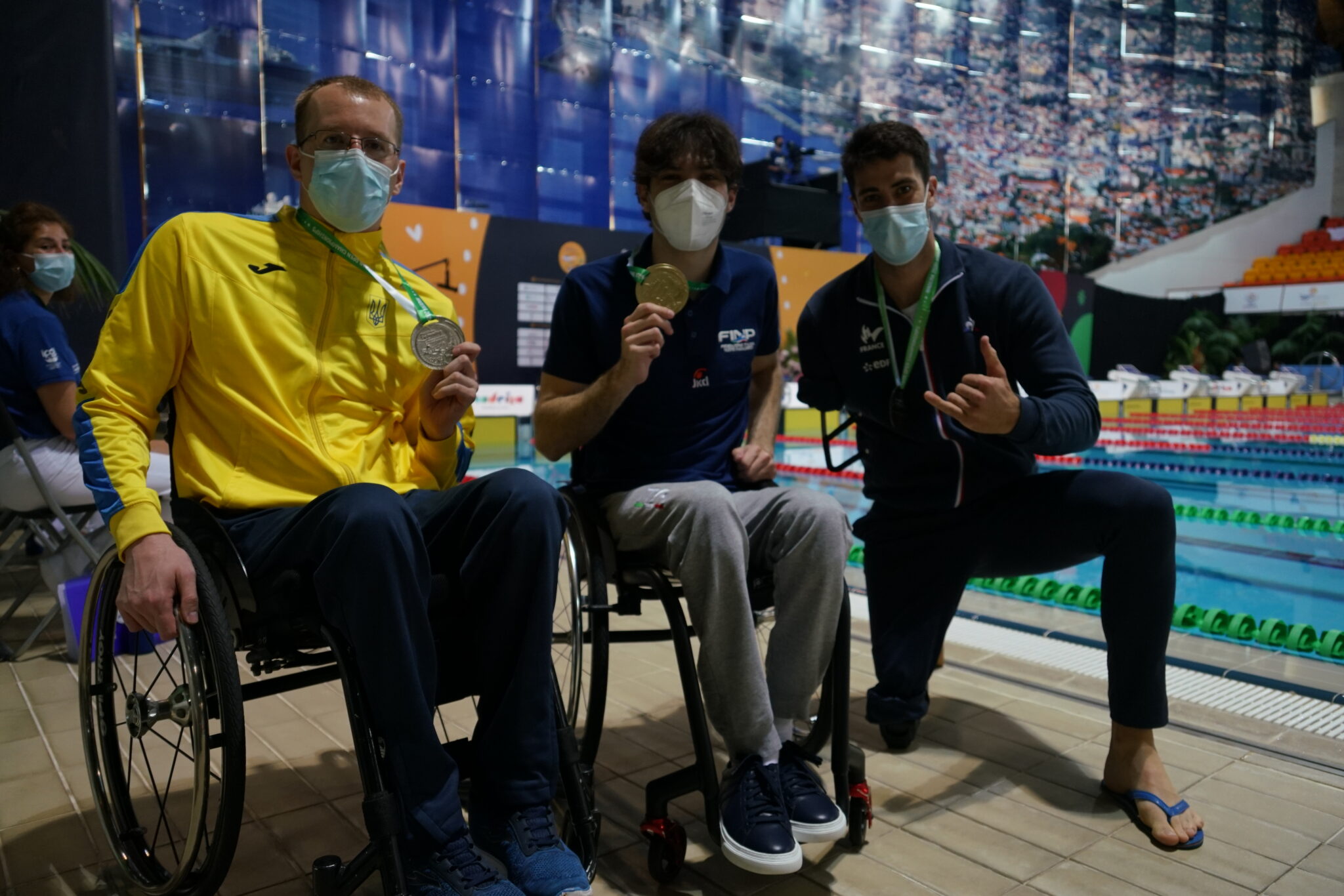 Two World Records and a European Record were crushed on the second day of the 2021 World Para Swimming European Championships.

Brazil’s Gabriel Bandeiras set the Americas record twice in the men’s 100 back S14 event, once in prelims (1:02.23) and then again in finals (59.95). Bandeiras also cracked the Americas record in the 200 free S14 final on day 1 with a time of 1:55.37. Looking at the results, it is unclear what the previous records were set at, only that he broke them.

Great Britain’s  Jessica-Jane Applegate has been another driving force during these Para Swimming European Championships, winning both of Great Britain’s gold medals so far and helping them to 8th place in team standings in a tie with France. She won the 200 free S14 final yesterday and claimed victory in the 100 back S14 final on day two.

“I really struggled on the 200m Freestyle for fitness, and my backstroke has always been hit-and-miss. So I’m super happy – that’s up there with my best times, so I’m really happy with that time,” she said, according to British Swimming’s press release.

“It’s a massive confidence boost, because I don’t normally train backstroke, so I’ll probably work on that a bit more going forward! Like I said yesterday, training has been really tough, it’s great to see these times without much training, so I can’t wait to see what Tokyo can hold.

Regarding how the coronavirus pandemic has altered her training this past year, Applegate said, “I’ve spent a lot of time training in a swim spa outside. It’s been tough, but mentally, I think if I can deal with that challenge, I can deal with anything else.”

Shout from the Stands: Black folks CAN swim