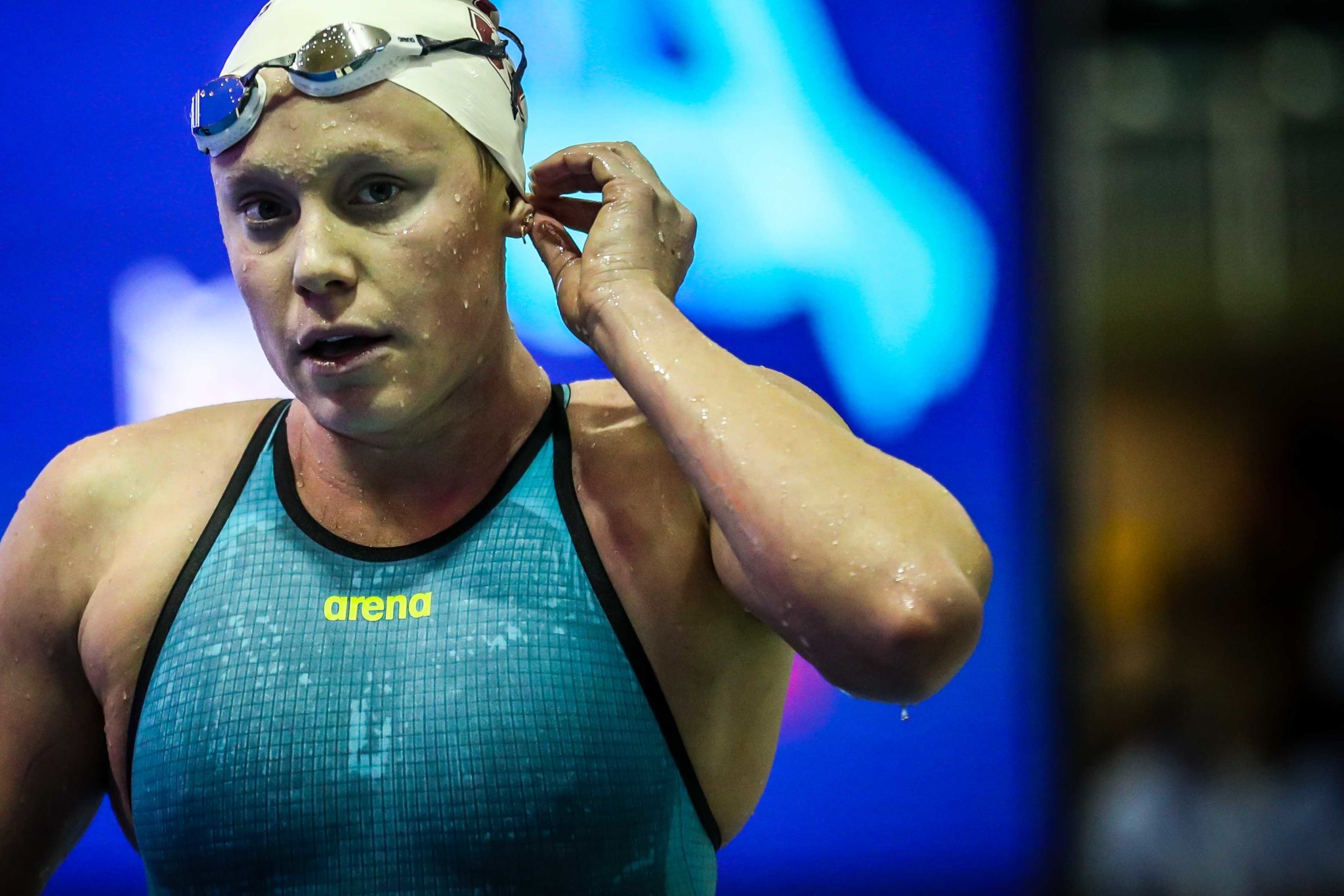 Two-time Pac-12 Women’s Swimmer of the Year Ella Eastin has given up her swimming career and chase for the Olympics because of a condition called dysautonomia. The news came this week as part of an announcement that she is one of three former Stanford student-athletes, along with fellow swimmer True Sweetser, to have received a $10,000 NCAA Postgraduate Scholarship.

Eastin has not raced in an official meet since December 2019, and left Stanford, where she was training as a post-grad, to return home to Southern California at the beginning of the coronavirus pandemic.

According to the Pac-12 Conference release, Eastin’s dysautonomia may be the result of long-COVID, which is the description given to some long-lasting impacts of the disease caused by the coronavirus that has driven the global pandemic of the last 18 months.

The condition dysautonomia, also known as autonomic dysfunction, impacts the function of the autonomic nervous system (ANS), according to the Cleveland Clinic. The ANS controls involuntary body functions like heartbeat, breathing, and digestion.

Eastin won 12 NCAA swimming championships in individual events and relays and earned 20 All-America honors. She was a two-time Pac-12 Women’s Swimmer of the Year and the 2018 NCAA Championships Swimmer of the Meet. In 2019, she became the first woman to win four NCAA titles in the 400-yard individual medley. Eastin, who won 11 individual and relay titles at the Pac-12 Championships, was the 2019 conference Women’s Swimming and Diving Scholar Athlete of the Year, a two-time CoSIDA Academic All-American, and 2019 Tom Hansen Medal recipient. Eastin helped Stanford to three NCAA team titles and three Pac-12 team championships. She set four American, NCAA, and school records while at Stanford.

Eastin graduated from Stanford in 2019 with a degree in human biology, and says that her career goal was always to become a registered nurse.

Eastin grew up in Irvine, California where she attended Crean Lutheran High School.

LUCAS ORTS is a two-time All-American in fencing and two-time NCAA West Region foil champion. Orts won the NCAA Elite 90 Award for having the highest cumulative GPA at the NCAA Championships and was named a CoSIDA Academic All-American in 2020. Orts helped Stanford to three Western Conference team titles and led the Stanford men in victories in 2020.

Orts graduates in June with a degree in electrical engineering and as part of his Stanford co-term program, will pursue a master’s in computer science. Orts also will do research in the field of computational neuroscience and compete in non-collegiate national fencing tournaments.

TRUE SWEETSER is a four-time All-American and long-distance swimmer for the U.S. national team. Sweetser was the 1,500-meter champion at the 2017 Phillips 66 Nationals and earned a spot on the World Championships team. A seven-time under-18 national champ, Sweetser has competed for the U.S. in international competition since 2015. In 2019, he became the 11th fastest competitor in U.S. history in the 1,500 meters. Though he qualified for the 2021 U.S. Olympic Trials, Sweetser chose to end his swimming career with his Stanford teammates this spring.

Sweetser is graduating in June with a major in history and a minor in Slavic languages and literature. He will further his interests in Russian history and literature while working toward his master’s in Russian, East European, and Eurasian Studies at Stanford. Sweetser hopes to attend law school and eventually work for an American corporate law firm with offices in Russia.

All nominations include a personal statement from the nominee; a factual list that includes all of their honors, awards, activities; and four letters of endorsement. The NCAA selects 21 men and 21 women each season.