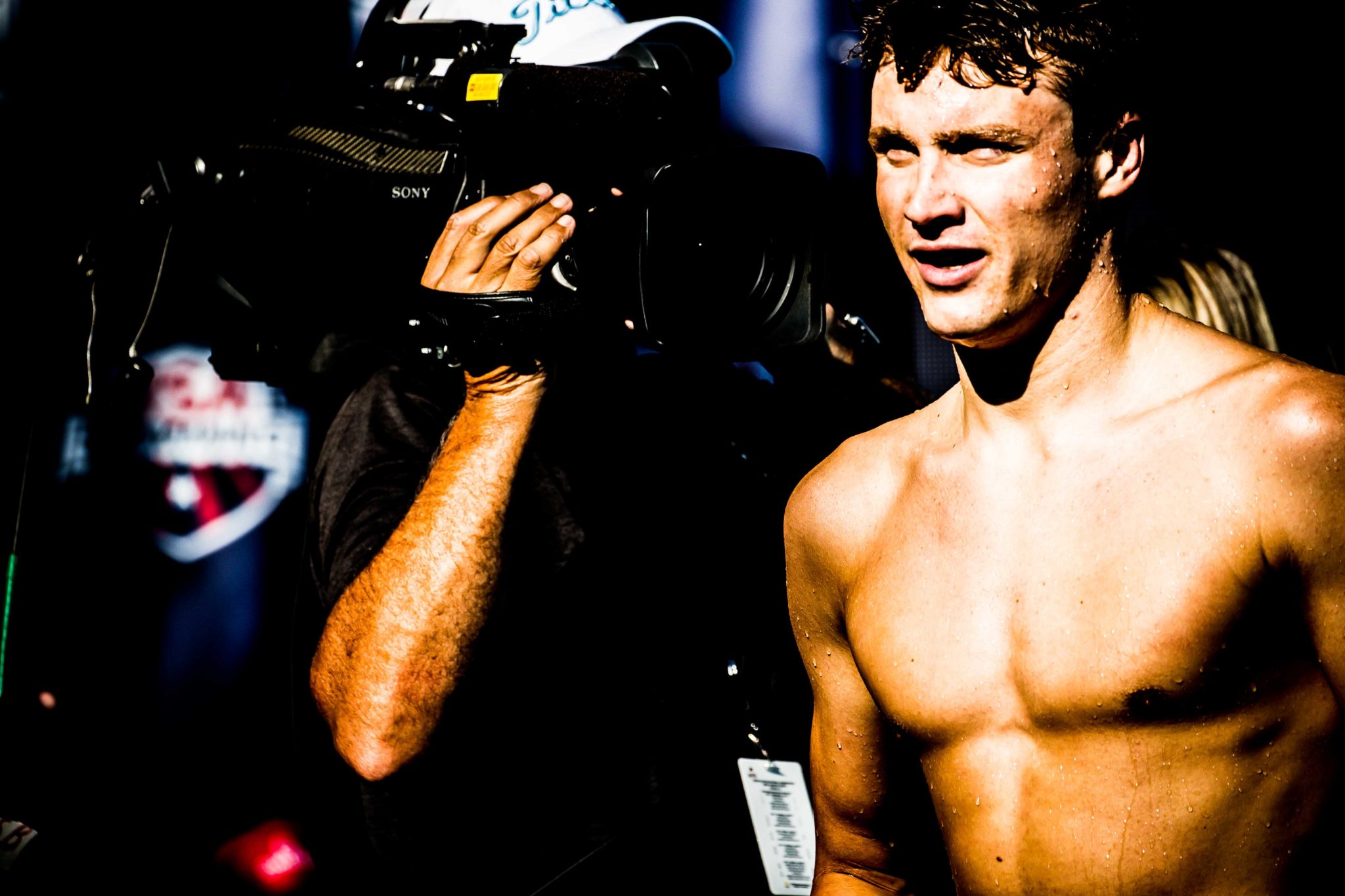 University of Florida swimmer Bobby Finke is wearing a walking boot this week in Auburn as his team arrives to race at the University of Missouri but remains on the psych sheet for this week’s meet.

The junior Finke set the American, U.S. Open, and NCAA Records in the 1650 freestyle at this meet last season.

A spokesperson for the University of Florida declined to comment on Finke’s injury.

A walking boot is not necessarily a meet-damning accessory. Recall that another SEC superstar Shaine Casas of Texas A&M was in a walking boot at the team’s mid-season invite before swimming a 1:36.62 in the 200 yard back in finals. That swim was just .08 seconds short of his lifetime best.

Finke has dealt with an injury at a big meet before – he missed the 2019 World University Games with a wrist injury.

The Florida men enter the meet as the 8-time defending SEC Champions, though they’re facing a huge challenge this year from teams like Georgia, Texas A&M, and Alabama.

Aside from that, there are no earth-shattering scratches in the final edition of the men’s championship psych sheet – nothing akin to the surprise scratch of Florida’s Leah Braswell on the eve of the women’s meet last week.

This latest version of the psych sheets still did not require teams to reduce the number of entries per athlete. Teams have up until the scratch deadline the day before meets to do that. Rather, this version simply required teams to cut to the maximum roster limits – 22 total athletes, including divers who competed last week.

Kentucky leads after the diving portion of the event.

There were only three swimmers seeded in the top 20 of any event who were pulled out of the meet on the final version of psych sheets:

The top 24 finishers in each event score at the SEC Championships.