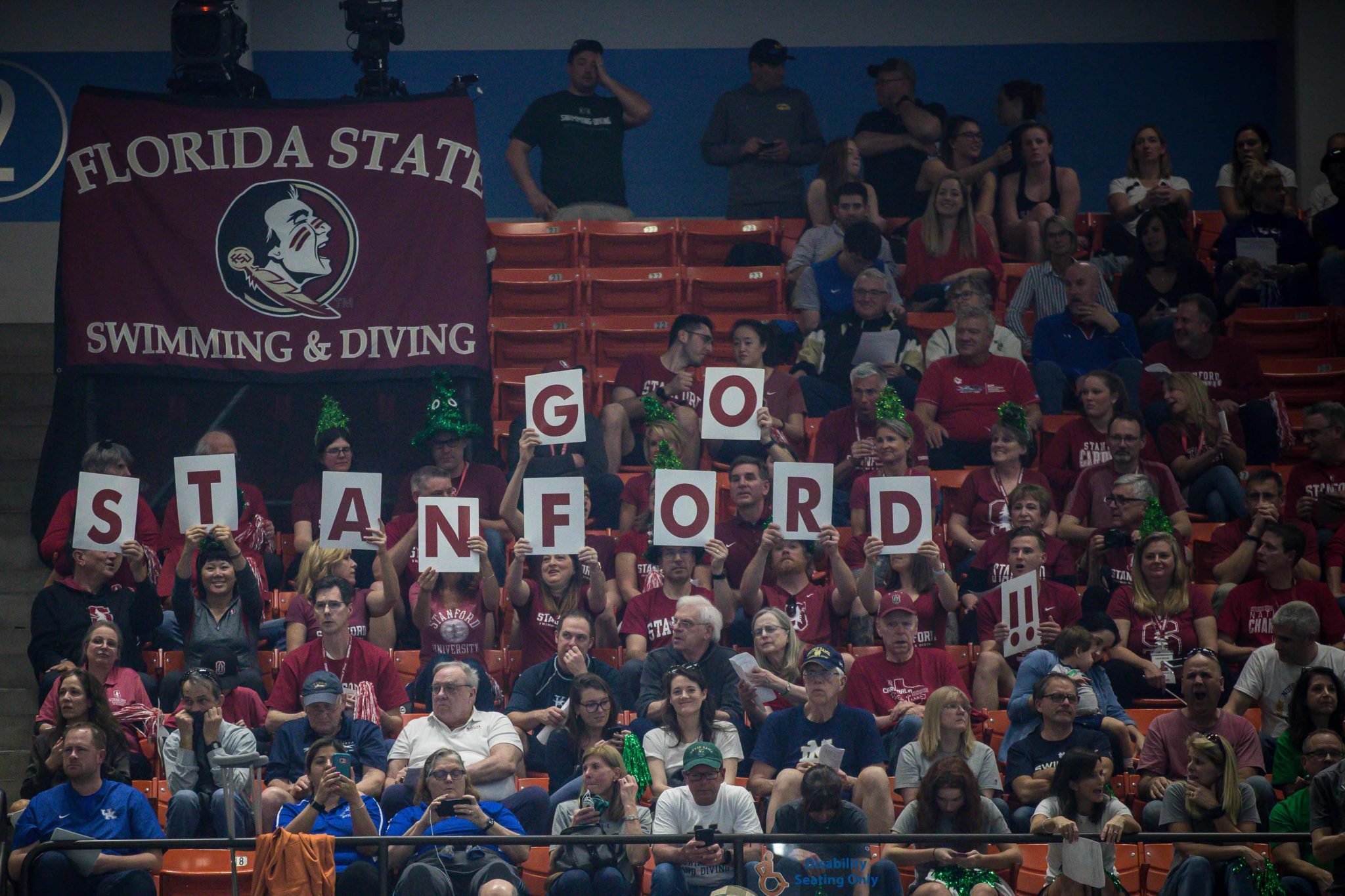 Though we’re not DiveDove, we do dabble in diving coverage, and as diving can have a major impact on the NCAA Swimming & Diving Championships, we cover NCAA Zone Diving – mainly through the lens of how national diving qualifiers could impact the team points battles later this month.

Stanford qualified two men and two women for NCAAs, with the men going 1-2 on 3-meter to open the Zone E Championships.

Conor Casey won the 3-meter event and Noah Vigran was second. Both were NCAA qualifiers as freshmen in 2019, with Vigran placing 6th at NCAAs on 3-meter. Now juniors, the duo should be in line to score individually in at least this event, if not multiple events, at NCAAs.

On the women’s side, both Daria Lenz and Mia Paulsen earned invites on day 1 via the 1-meter springboard. Lenz was a B finalist at NCAAs as a freshman in 2019. Paulsen earned an invite in 2019 but didn’t score.

Arizona’s Delaney Schnell won the event by about 35 points. She was a three-event scorer at 2019 NCAAs, but interestingly enough, this was actually her worst event that year with a 13th-place showing. Schnell was 6th on 3-meter and 4th on platform that year, so winning this event has to be a good sign for her all-around scoring chances come NCAAs.

Women’s 1-meter is by far the deepest event in this zone as far as NCAA invites go. The entire top 12 earned NCAA bids on 1-meter. That includes several top-level contending teams. Cal got Briana Thai into the meet in 10th. Stanford qualified its two divers, and USC booked Nike Agunbiade into NCAAs.

You can read a more in-depth look at the selection process here. Effectively, each Zone earns a specific number of qualifying spots in each event, based on how that Zone performed at NCAAs last year. Divers who place inside the qualifying places earn an NCAA invite. A diver invited in one event can compete at NCAAs in any other diving event where they were top 12 in their Zone meet. The highest-placing divers earn NCAA reimbursement, while lower-placing qualifiers can compete at NCAAs, but their school must pay for their travel and lodging at the meet.

The Weight of Gold