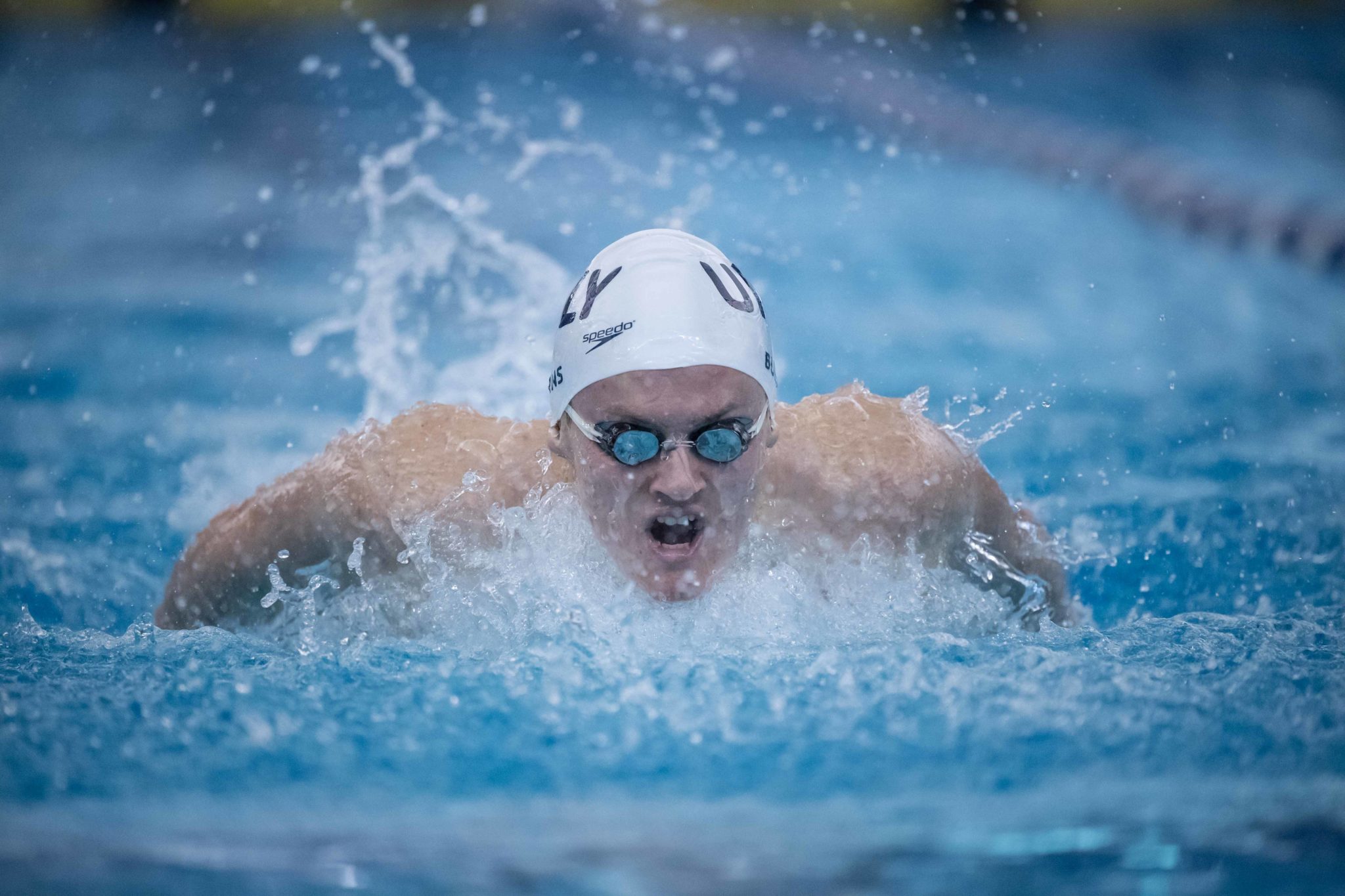 For those unfamiliar with swimming terminology, the concept of “Ups” and “Downs” is a good way to track which teams performed best at prelims. In prelims, swimmers qualify for one of three finals heats: the top 8 finishers make the A final, places 9 through 16 the B final and places 17 through 24 the C final. In finals, swimmers are locked into their respective final, meaning a swimmer in the B heat (spots 9-16) can only place as high as 9th or as low as 16th, even if they put up the fastest or slowest time of any heat in the final.

The team battle for the 2021 Big Ten men’s championship title will be tight, as Indiana, Michigan, and Ohio State are currently separated by less than 20 points. On day four, the Indiana Hoosiers reeled in 6 A-final swims, picking up the top 2 seeds in the 100 back and the top 3 seeds in the 200 fly. Michigan will also have 5 A-finalists swimming tonight while Ohio State earned 3 up and 7 mid swims. For the second day in a row, all ten competing teams will return at least one finalist.

Minnesota’s Max McHugh broke the Big Ten meet record in the 100 breast at 50.19, the only sub-51 swim this morning. Taking the second seed was Michigan’s William Chan (51.03), followed by #9 seed teammate Mason Hunter. Behind him are #3 Jason Mathews and #5 Hudson McDaniel of Ohio State, sandwiching #4 seed Indiana’s Zane Backes. During prelims, Indiana’s Gary Kostbade and Michigan’s AJ Bornstein tied for 16th in the 100 breast. At the end of the session, Kostbade and Bornstein had a swim-off for the B-final position, which came down to one one-hundredth. At the wall, Bornstein touched in at 53.21 to Kostbade’s 53.22, both two-tenths faster than this morning. Bornstein will now compete in the B-final while Kostbade at most could score 9 points if he wins the C-final.

The IU hoosiers went 1-2-3 this morning in the 200 fly, led by sophomore Brendan Burns at 1:40.36, threatening the 2019 meet record of 1:39.28 from IU alum Vini Lanza. He will be joined by teammates Van Mathias and Corey Gambardella, who are seeded ahead of a pair of Northwestern Wildcats, #4 Connor Lamastra and #5 Ben Miller. Seeded 6th for Michigan is senior Spencer Carl. Meanwhile, Ohio State’s top swimmer, Jean-Pierre Khouzam, placed 9th in prelims and can at most earn 20 points in the B-final.

Credit to Andrew Mering for running the numbers.

Indiana’s big morning is worth 211 project points, if they can repeat 1-2 in the 100 back and 1-2-3 in the 200 fly. Michigan and Ohio State were not far off this morning, with the Wolverines picking up just an extra point over the Buckeyes. With this, Indiana is now expected to jump Michigan by 8.5 points for the lead. Meanwhile, Ohio State is just 20 points behind Michigan for third. As Purdue remains in 4th, Northwestern out-scored them by 33.5 points this morning, putting them in 5th place ahead of Wisconsin.